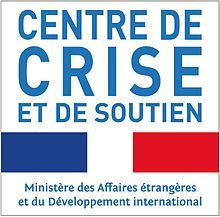 Situated in the northwest of Myanmar, Chin State is one of the poorest and most vulnerable states in the country. This mountainous region affected by recurrent and severe natural disasters (cyclones, floods, landslides). The local population is poor and dependent on agricultural activities for their subsistence. Located in a difficult to access area, this population has faced several challenges over the years, such as infrastructure problems, poor economic development, food insecurity and regional conflicts (with approximately 7,500 people displaced in Paletwa Township). In addition, the increase in violence following the February 2021 coup has forced many people to leave their homes and has also contributed to a general sense of insecurity in an area with few resources and few economic opportunities.

Within the framework of this project, Triangle Génération Humanitaire and its partner, RCDF, work with host communities and internally displaced persons affected by the conflict.  Located on the Paletwa-Samee axis and along the border with Matupi Township, these isolated rural communities suffer from a lack of sanitation infrastructure and educational facilities for their children. The arrival of many displaced persons has aggravated this situation.

This project aims to improve the living conditions of vulnerable populations by:

The 13-month project addresses the basic needs of children of displaced persons and host communities, and promotes better coordination between actors in the area.