The Ouaka Prefecture, marked by a volatile security environment due to numerous clashes between armed groups, has been greatly affected by the humanitarian, political and economic crisis that the country has been undergoing since the end of 2012. New peaks of violence in November 2016 and in February and March 2017 resulted in a large number of population displacements. Considering food security, serious flaws in access to food and irreversible depletion of livelihood assets placed the region in a state of crisis. Based on its experience in the region in the food security sector, TGH implemented the following activities under this project: 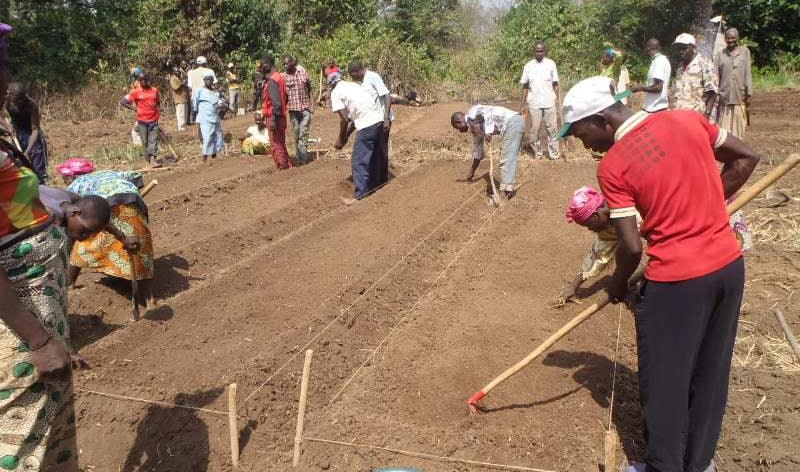 Training of groups of market-gardeners - December 2016

PROVISION OF AGRICULTURAL INPUTS TO BENEFICIARY HOUSEHOLDS
The seeds distributed either come from FAO or from local purchases. Indeed, in 2016, TGH realized that seed producers on the Grimari and Ouabe axes were suffering from the lack of access to local markets (due to insecurity and lack of transportation), whereas in the region there were producers who needed seeds. In order to guide vulnerable households towards more autonomy, food seeds and agricultural tools will be distributed (hoes). In total, support will target 6,000 resident households and vulnerable returnees.

SUPPORT TO MARKET GARDENING
TGH supports 61 market gardening groups and 300 individual households, to enable them generate income through the sale or processing of part of their harvest. The provision of seeds and small tools will help them to that end. Regular monitoring will be carried out until the harvest, to guide them in the selling of their products on local markets, in the use of income generated and in preparing the new growing seasons.

CAPACITY BUILDING OF HOUSEHOLDS AND BENEFICIARY GROUPS
Training sessions aiming to improve production practices and yields are provided with support from ACDA. This capacity building programme will be complemented by the establishment of a network of reference peasants trained via test fields to strengthen local dynamics and enhance the technical skills of farmers through the transfer of skills. Among other things, the training courses will cover technical itineraries and good agro-ecological practices. In Bambari, 100 agricultural relays should be set up by the end of the project. 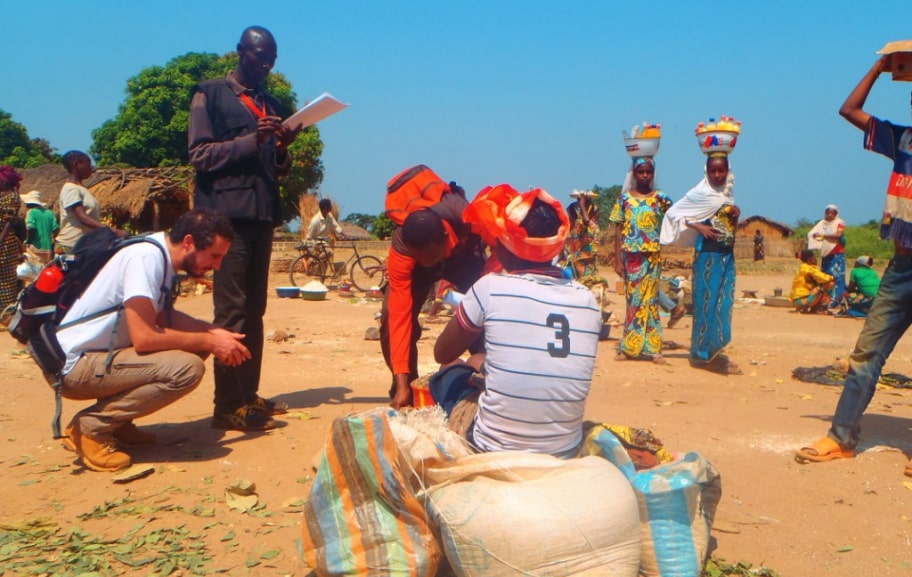 Monitoring the price and origin of the seeds - December 2016

SUPPLY OF EQUIPMENT TO FACILITATE THE TRANSPORT OF GOODS FOR SALE ON THE MARKETS
In Bambari, 40 groups of women will benefit from equipment to transport and value their production. For example, rickshaws made by local craftsmen and kits containing cassava mills, machines to make peanut paste, groundnut shellers and small basins will be distributed to these groups.

IMPLEMENTATION AND ENHANCEMENT OF INCOME-GENERATING ACTIVITIES FOR PARENTS' ASSOCIATIONS AND FOR 800 HOUSEHOLDS
The support to Parents' Associations initiated in a previous project is being continued and strengthened. TGH intends to provide 22 PAs with kits of tools and seeds. Each PA can use a vegetable garden with a surface area of ​​500 m². Productions will go to local markets in order to improve income, but also to households in order to contribute to diet diversification. Besides, a distribution of 100 chickens will be organized for the benefit of these PAs. TGH and ANDE will set up technical training sessions on chicken breeding. Furthermore, 800 individual households will benefit from support for the starting of IGAs, through the funding of equipment and initial investments.

SUPPORT TO SMALL-SCALE BREEDING AND ANIMAL HEALTH
30 women's groups will be equipped with kits, each of them consisting of 10 small ruminants and food supplements. Before the conduct of vaccination campaigns, TGH, in partnership with ANDE, will organize the training of veterinary auxiliary agents. Four veterinary centres have been opened to extend access to veterinary services for the population of the Ouaka.