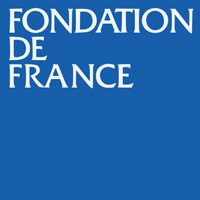 The April 2015 earthquake killed an estimated 17,000 people and injured more than 22,000. Material damage is considerable with, according to a UN count of 2 May 2015, 160,786 houses destroyed and 143,673 partially damaged. The destruction of most health and social infrastructure have made the population very vulnerable. In response, Triangle Génération Humanitaire in partnership with ARSOW-Nepal initiated in 2015 an integrated emergency response for global reconstruction and immediate response to needs in Sindhupalchok district (villages of Thangpaldhap, Thangpalkot and Gunsakot).

However, Nepal is still suffering the consequences of these disasters and a large number of needs remain to be met. TGH therefore continues to work with its partner ARSOW-Nepal on a project to rebuild houses and community infrastructure on the themes of access to water, hygiene and sanitation, and finally social and economic reconstruction. Therefore, with the support of the Fondation de France, AFD and the Carasso Foundation for this second phase of response, TGH is implementing these activities in the same district of Sindhupalchok (in the 3 villages mentioned above and in the neighbouring village of Bothang). By continuing what has been initiated, its action aims at post-earthquake reconstruction through an integrated approach.

This new project aims to strengthen the resilience of populations. Its implementation follows a participative methodology, involving both the beneficiaries themselves and government institutions through steering committees. Community consultations and community input into the work carried out are integrated to ensure ownership of the project by its beneficiaries and to best meet their needs. A capacity building component for our partner is also included in this project.

Rebuilding a house, May 2018, Thangpalkot – Sindhupalchowk