The project is implemented in the Diocese of Kharkiv-Zaporizhia. It targets 19 villages located within 10 km of the contact line, in territories controlled by the Ukrainian government. The deterioration of the economic situation and continued fighting still affect the populations living along the front line, stuck in the buffer zone between the sectors controlled by the Government and by the rebels.

Thanks to TGH's previous projects in this area, partner grocery stores, local authorities and beneficiaries are already familiar with the method of distribution of electronic coupons by SMS. The feedback on previous distributions has been positive, and both the beneficiaries and partner grocery stores expressed their willingness to continue the action. This programme therefore follows in the footsteps of the actions implemented since 2016. 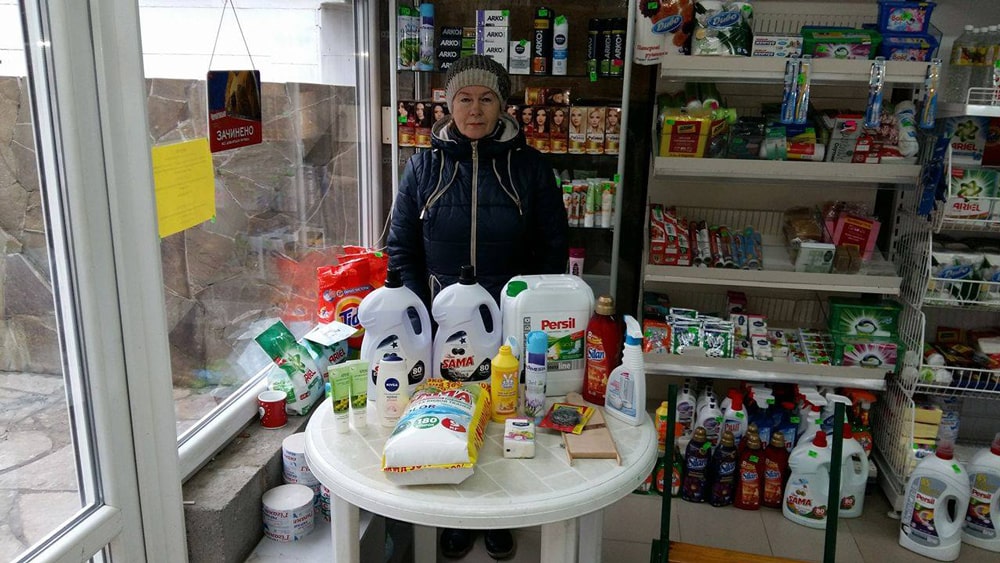 A beneficiary in Avdeevka, November 2016

This intervention follows a dual approach. First, electronic coupons for the purchase of food will be distributed to the most vulnerable households identified. With a value of UAH 530 (~€18), they can be used several times. At the same time, vouchers for work will be distributed to 500 people, subject to their participation in activities defined by CFP, TGH and local administrations. The selection of beneficiaries takes income into account, making it possible to target categories of people often excluded from humanitarian programmes because they are considered to be less vulnerable than others, although their incomes remain low. The activities will have to be of interest to the community (small works to rehabilitate roads or public buildings for example), and/ or help rebuild social cohesion (interventions with persons with reduced mobility and/ or isolated people, children, etc.).