Far from the city of Bangui, the largest economic centre in CAR, the Vakaga Region is suffering the impacts of the conflict in Darfur, clashes between Salamat and Misseriya ethnic groups and the closure of the Chadian border. Neglected by the central authorities and humanitarian intervention, the prefecture is economically, geographically, socially and politically isolated. For example, it is one of the three prefectures in the country that still has no proper administrative organisation.

The year 2017 was marked by poor harvests, due to irregular and scarce rainfall. The food securit y of the most vulnerable households was impacted, and they developed negative coping strategies such as reducing the number of daily meals. 44% of the population have limited food consumption, 8% of households have a poor diet and 49% of households experience food insecurity. Unlike in other provinces, the main difficulties are not entirely related to the security context, but also to the lack of seeds (22%) and the lack of tools (15%).

However, the Vakaga Region has real local economic potential and it has the capacity to develop many activities to support the weak agricultural sector: small livestock farming, fishing and beekeeping. TGH focuses on three areas of work: improving the sustainable management of natural resources (particularly the bee-keeping and fish-farming sectors), strengthening animal health (vaccination and pest control campaigns), and increasing crop production (market gardening and field crops) associated with the valuing of these productions in order to improve the incomes of vulnerable households. 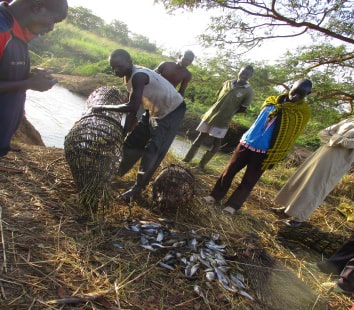