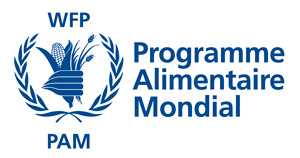 The population of Sinjar District, estimated at 230,000 people in 2004, especially its majority Yezidie group and minority Shia group, suffered greatly from the persecution of the EI that occupied the region between August 2014 and November 2015. Livelihoods and property were confiscated and destroyed, girls and women were captured and treated as slaves, while men were forcibly recruited or killed.

Under IS occupation, almost the entire population fled the villages located in the lowlands towards the high mountains and surrounding districts. Many of these families, who no longer have a home or means of subsistence, still live on the slopes of the mountains and in IDP camps in Duhok.

To protect the watershed that supplies the city's water sources and irrigation systems, this programme is developing various small-scale - but labour-intensive - landscaping measures that enhance the infiltration of rain and snowmelt water onto the mountainside. These measures enhance the natural vegetation, which is used, among other things, as fodder for sheep.

The currently proposed "cash for work" project enables the poor to have an income while strengthening and protecting the community's essential assets: water resources and pastures.